15 Least Reliable Cars You Can Buy 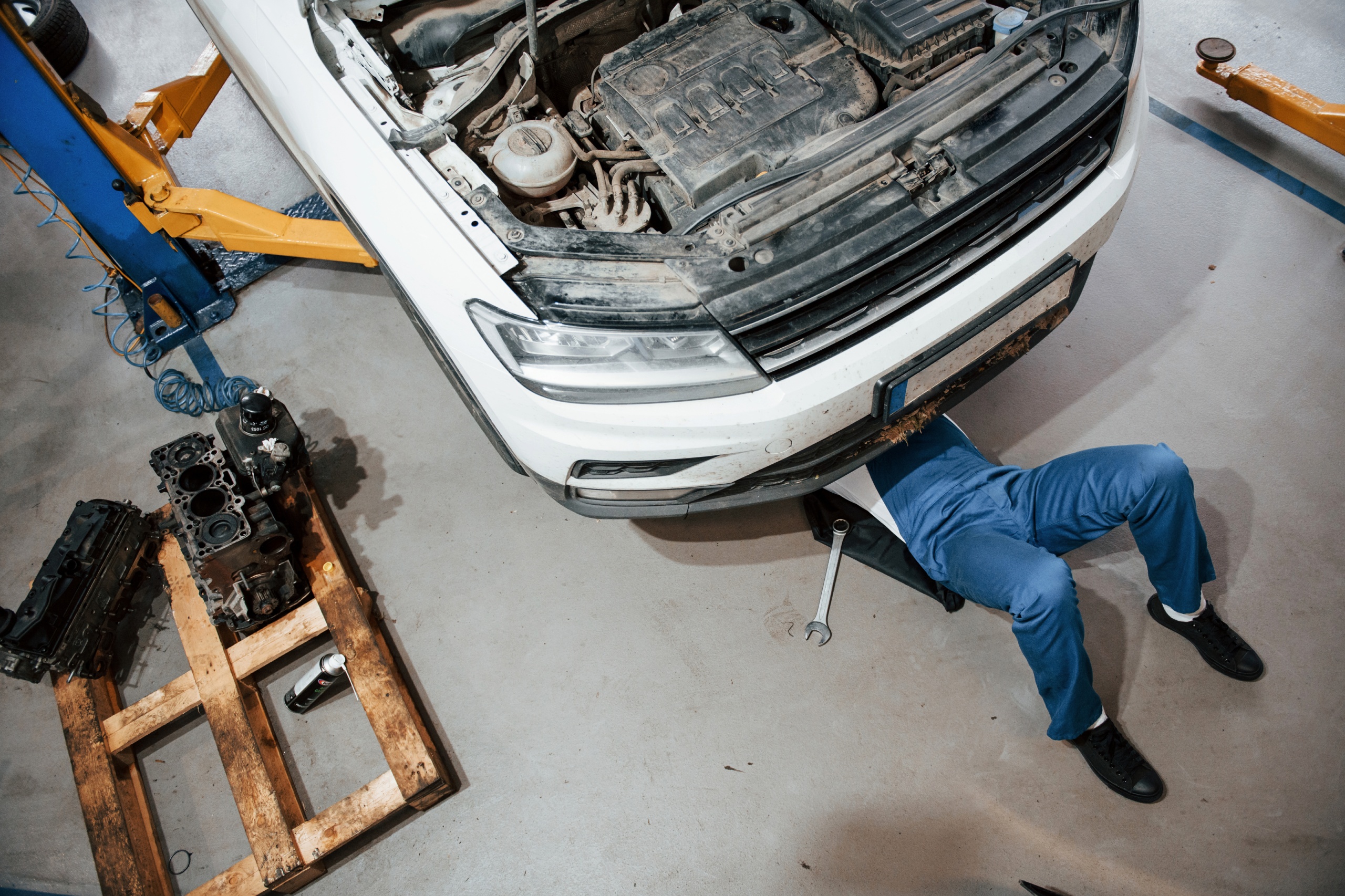 While some cars remain reliable as years pass, others suffer from different problems. Now, you may wonder: is my car reliable and what are the least reliable cars you can buy? Continue reading to find out the 15 most unreliable cars that you can buy! If you didn’t know already, reliability is an extremely important aspect when buying a vehicle. With the rising costs of new cars, many buyers have less funds for maintenance, which means auto manufacturers lose customers when their vehicles break down often.

A leading UK aftermarket warranty provider has decided to analyse the reliability of more than 200 different models of used cars. To do this, they looked at all the cars on their books, but discounted models where there were less than 100 warranty plans to ensure a fair sample size. Also, they have included only vehicles that were less than ten years old. Obviously, none of the cars included in this survey had any of their manufacturer’s warranty remaining. After all, you’d only buy an aftermarket warranty once the manufacturer has run out. The warranty provider analysed the data that they have collected in order to determine a reliability index for each car. This data recorded the age and mileage of cars to see when they did go wrong, the average cost per repair, and the time it took to fix them. With all of this information, they have managed to gather enough data which will give them a score out of 100 for each car. The lower the score, the less reliable the car is. If you want to find the 15 cars that got the lowest score, then keep reading.

15 Least Reliable Cars You Can Buy

The 15th most unreliable car on the list is the Tesla Model S with a score of 33.5 of 100. Yes, it’s packed with technology, but it seems like some of that tech goes wrong, especially when you consider that the most common issue, according to the warranty provider, was an electrical fault. Specifically, it was a fault with the central locking system. I’ve actually experienced this exact problem in a Tesla model S, and according to the warranty provider, the average cost to fix it is £1,003. It wasn’t looking like I was going to be able to do anything as the Model S had started to throw a wobbly. It sounds like a lot, but it’s much less than the most expensive repair warranty provider had to pay for, that was £4,401 for a suspension issue.

In 14th place is the previous generation Ford Ranger pickup truck, which scored 33.4 out of 100. These trucks are pretty tough. I’ve tested a few Ford rangers in Off-Road Battles and tug of war and nothing’s ever broken or fallen off. But then, the warranty provider found that the most common fault with this pickup truck was the exhaust gas recirculation valve. When this breaks or gets blocked, it affects the engine’s performance and means it produces more emissions. Fixing the issue cost £1,246. On average, the most expensive repair was for a more serious engine fault. It ended up costing £13,994. To give you an idea, that’s more than half of what a brand new Ford Ranger costs.

Audi A7 takes 13th place on this list with a score of 33 out of 100, according to the warranty provider’s data. The most common issue with these cars has to do with the fuel injectors, and it costs an average of £2,431 to fix. The most expensive repair the warranty provider recorded, for an Audi A7, a gearbox fault that cost £11,222 to put right.

12th Place goes to the Mercedes S-Class. The latest model is too new to go into the list, but the warranty provider’s data covers the previous generation and the one before that, which scored a combined 32.8 out of 100 for reliability. The most common issue with these cars has to do with their electrical systems, and it costs £1,004.23 on average to fix. However, the most expensive fault, according to the warranty provider, was an engine problem. This particular car needed £16,277 in parts and labour to fix. So far, this list has been full of big cars and a pickup truck.

However, the 11th place goes to the Peugeot RCZ. This two door car scored 32.2 out of 100 in the warranty provider research. It turns out the most common issue with these cars has to do with the turbocharger, which costs £1,040 on average to fix; however, the most expensive repair bill was for an engine issue that cost £6,593 to fix. Now, you might wonder how these numbers are less than the Mercedes S-Class in 12th place. These rankings take into account the probability of a car developing a fault as well as the repair costs and the Peugeot was more likely to suffer a fault than the Mercedes.

In the 10th place we have the BMW M5. This includes the older examples of the current F 90 generation and the previous F10 generation model. Together, they scored a combined 30.8 out of 100. The warranty provider data found that the most common M5 issue related to the fuel system and on average it costs £2,125 to put right. The most expensive repair for an M5 was much more serious; it was an issue with one of the car’s timing chains and that cost £10,129 to fix.

Japanese cars have an impressive reputation for being really, really reliable. This isn’t always the case though, because 9th place on this list goes to the Mazda CX-5. The current car and the previous generation car scored a combined 29.6 out of 100 for reliability in the warranty provider’s research. They found the most common issue with these cars relates to the turbocharger, and on average it costs £1,784 to mend the most expensive fault on a Mazda CX-5. However, to pay for an engine fault would cost £5,777. This car has a lower average repair bill than the BMW M5 five in 10th place. But one of the reasons it gets a worse reliability score is because the warranty provider found there was more chance of a CX-5 going wrong.

The next item on the list is the previous generation Bentley Continental GT, which takes 8th place with a reliability score of 29.1 out of 100. This is actually a huge improvement over the GT’s performance in the warranty provider’s 2020 survey, where they ranked it as the most unreliable used car you could buy. Then, just like in that survey, the most common fault was to do with the car’s electrical system. These issues cost £2,237 on average to fix on the Bentley. That’s a lot, but it’s much less than the most expensive repair recorded by the warranty provider, that was related to one of the car’s turbochargers and that costs £6,227 to put right.

Next up is the Audi Q7, specifically the first generation model and the pre facelifted version of the current Q7. These cars got a combined reliability score of 25.7 out of 100. The most common issues with these SUVs are electrical, and on average, they cost £1,345 to fix. The most expensive issue the warranty provider’s data recorded for a Q7 is a much more serious problem and it is related to the engine camshafts. This control when the valves open to let air in and exhaust gases out of the engine. All in this problem costs £8,719 to put right in.

In 6th place is the previous generation Porsche Cayenne. This car managed a reliability score of 24.9 out of 100, according to the warranty provider’s data. This car has similar underpinnings to the old Audi Q7, so it isn’t too surprising that they both suffer from common faults with their electrical systems. On average, the repair bill for the Cayenne was a bit more than that for the Audi Q7. On average, it costs £1,496 to sort everything out, which is not all bad news, since the Porsche’s most expensive repair bill was for an engine fault and cost £6,360 to put right.

The 5th place on the list goes to another sporty SUV and yet another German one, the BMW X6. The current model is too new to be included in this survey, so this data only covers the previous generation and the very first X6, which scored a combined 23.6 out of 100. The average repair bill for these cars came to £2,079 when the most common fault was the suspension issue. The most expensive repair came to £9,613 to fix a faulty fuel system.

Coming right after the BMW X6 is 4th place on the list, which goes to another premium German car, the Porsche Panamera. I am specifically talking about the first generation model and all versions of the current car. Together they scored 23.4 out of 100. It’s yet another case of luxury cars with common electrical issues. The average cost to sort out any of these issues was £1,617. The most expensive issue on a Panamera that was on the warranty provider’s books was for a faulty timing chain, which costs £10,785 to put.

The 3rd place goes to the first British car on the list, a Range Rover Sport. I’m not talking about the brand new model that has just been revealed. This date includes older versions of the previous generation, Range Rover Sport, and the very first model that was on sale until 2013. Together, they scored 23.1 out of 100 in the warranty provider reliability survey. The most common problems with these cars has to do with their suspension and the average repair built for a Range Rover Sport, according to the warranty provider, was £1,767. However, the most expensive bill was for an engine issue and it costs £22,358 to fix.

The 2nd least reliable car on this list is the BMW M3, meaning the previous F80 generation and the earlier E90 models. These old M3 models scored just 21.4 out of 100 for reliability. The most common issue, according to the warranty provider, has to do with their electrical system, specifically, the throttle body. The average repair cost for an M3 was £2,123. Nevertheless, the most expensive repair bill was £12,115, which was used in order to fix the car’s gearbox.

Finally, we have the most unreliable used car you can buy, which is the previous generation of Range Rover, with a reliability score of just 20.2 out of 100. The average repair bill wasn’t too pricey, at just £1,607. The most common problems were all electrical faults, but one particular car had an electrical issue so severe that it needed £23,890 for parts and labour to put it right.

Needless to say that all of these cars have a very low score, which makes you think twice before buying one of them, not to mention the repair cost, which in some cases, reaches even £20,000. Many automakers want to create more modern cars, with more electronics and connectivity features and they want to do it fast. However, this only creates more problems because they are not done correctly and many car owners complain that while many of those high-tech features come in handy, they very often tend to fail and are unable to work on a regular basis. 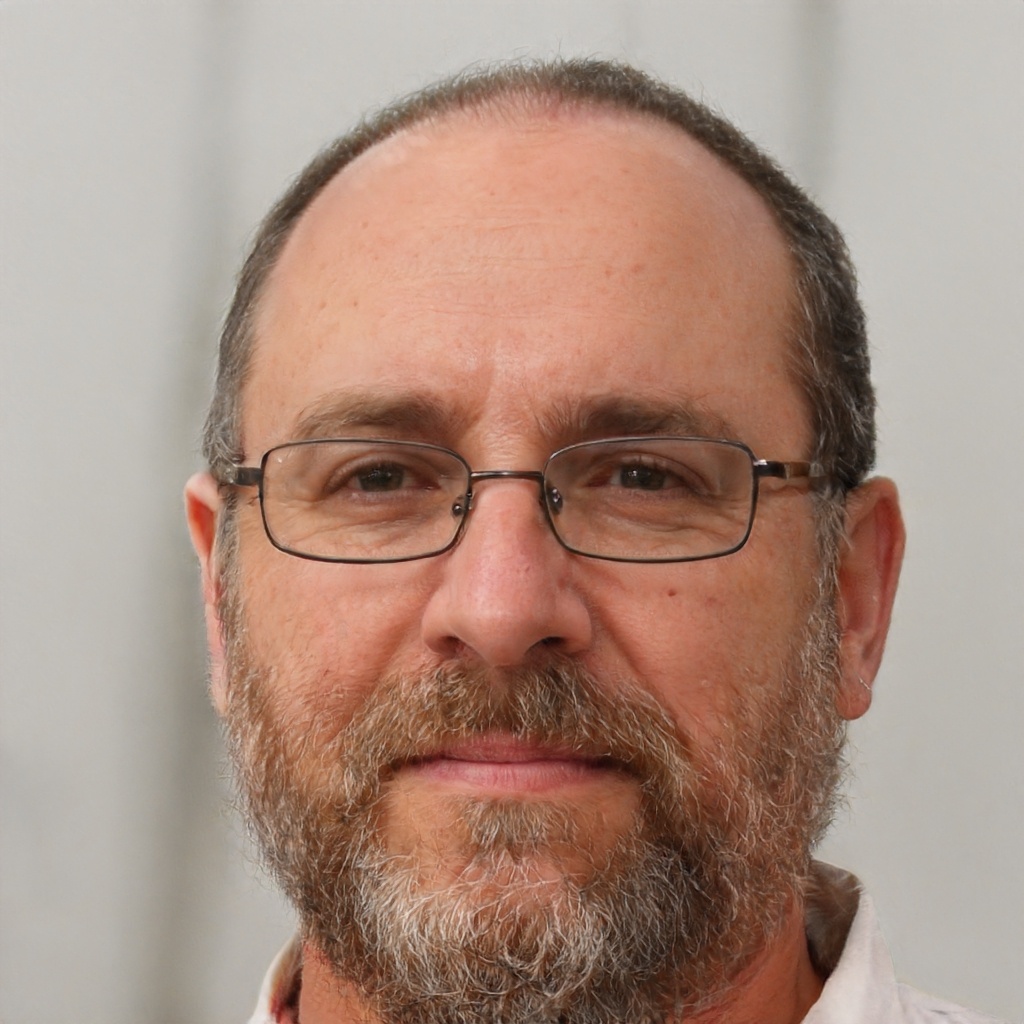 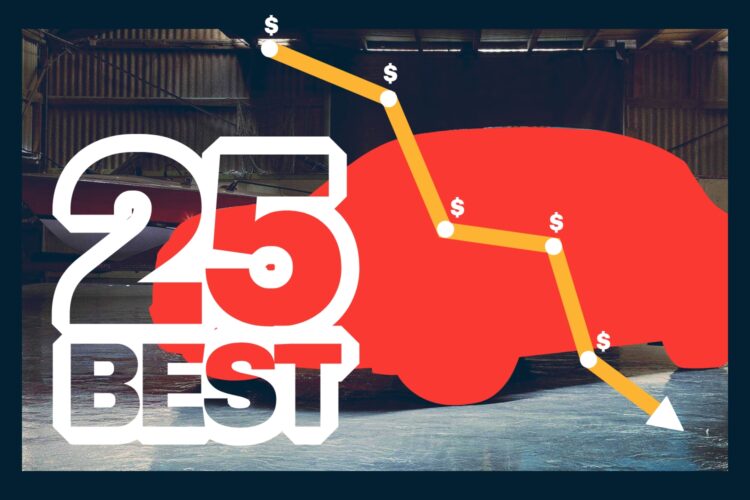 Which new cars hold their value the best? Well, in this article I’m going to tell you. I’ve ..
READ MORE 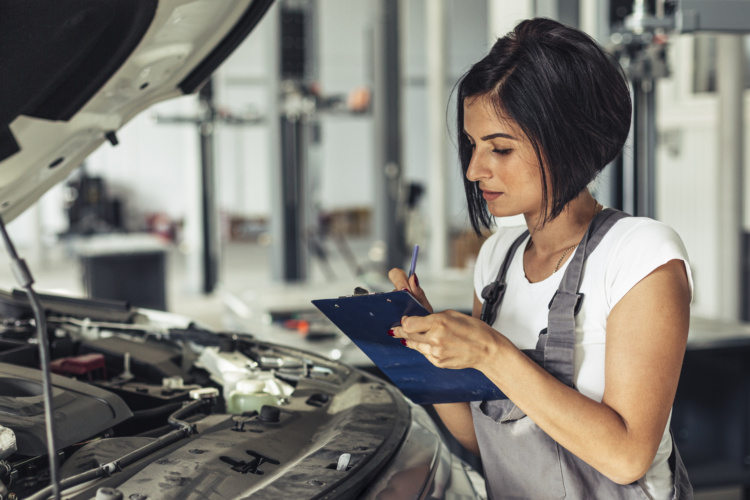 How to Check a Used Car Before Buying

Buying an used car can become a nightmare, find out how to check a used car before you buy it. If you are ..
READ MORE 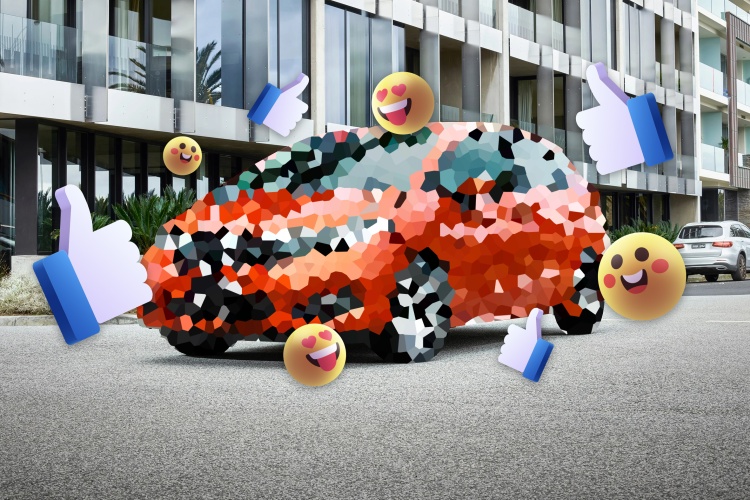 A leading aftermarket warranty provider has analyzed the market and was able to produce a list of what they..
READ MORE
wpDiscuz
0
0
Would love your thoughts, please comment.x
()
x
| Reply
× 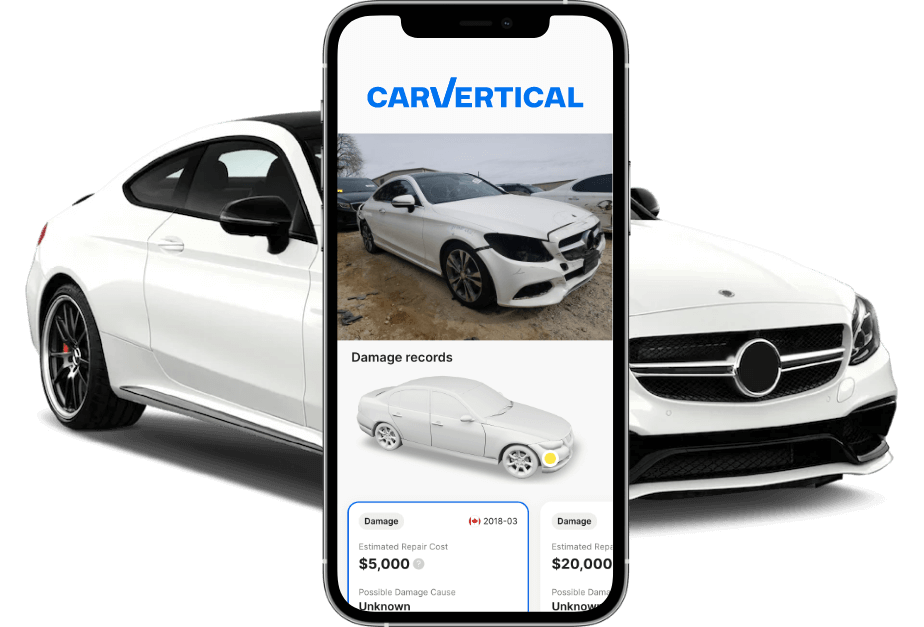 Are you kidding? Best VIN decoder and best price!